10 Influential Scientists of the Last 20 Years

Since CRITICAL Software was founded in 1998, the world has witnessed a huge shift forward in our capabilities and understanding in the field of science. In this article, Ciara Mulkerrins, our Marketing Manager in the UK, talks about a few of the most influential men and women who made this evolution possible.

Choosing just a handful of the amazing people that have had an influential effect on the progression of modern science is by no means an easy feat. In this list you’ll find men and women who all achieved something outstanding and inspired positive change, not to mention generations of people to follow in their footsteps.

This Nobel Prize winner made a significant contribution towards our understanding of the reproduction of retroviruses, such as HIV. Baltimore’s work has had a profound influence on national science policy – from stem cell research to cloning to AIDS – and in 1999, he was awarded the National Medal of Science by then President Bill Clinton. Baltimore’s recent research focuses on the control of inflammatory and immune responses and the use of gene therapy methods to treat HIV and cancer. 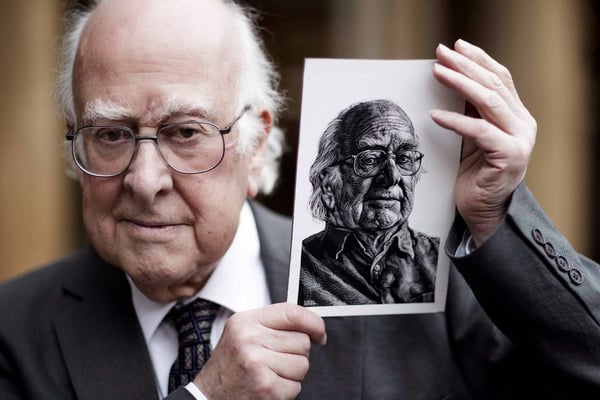 This theoretical physicist is best known for predicting the existence of the Higgs boson, which is generally accepted as a crucial element in the Standard Model of particle physics. Forty years after he first theorised it, the existence of the Higgs boson was experimentally confirmed at the Large Hadron Collider at the European Organization for Nuclear Research (CERN). As a result, Higgs and his colleague, François Englert, were awarded the Nobel Prize in Physics. In addition, Higgs has earned many other awards and his work continues to inspire physicists to probe for still deeper theories and discoveries in particle physics. 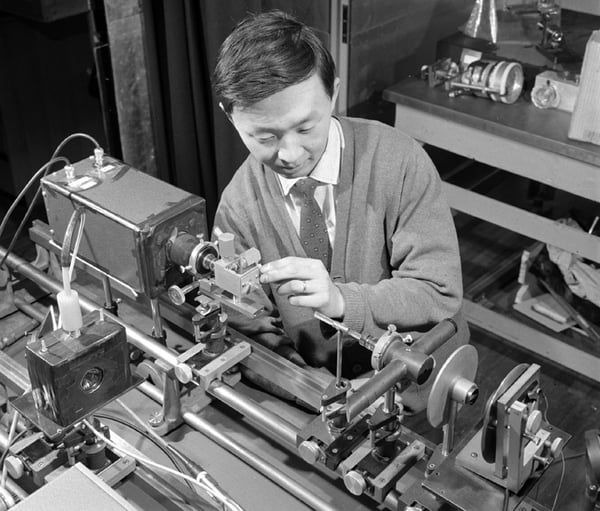 As an electrical engineer and physicist, who is also known as the ‘godfather of broadband’, Kao has been instrumental in the widespread use of fiber-optics in modern telecommunications. He was awarded the Nobel Prize in Physics, along with his colleagues, for pioneering research into the transmission of laser light through glass fibres in optical cables. Today, we rely on fiber-optic cables as the main infrastructure of systems like the internet, which depends directly on Kao’s work. In addition to collecting numerous awards, Kao has also set up the Independent Schools Foundation Academy (ISF) in Hong Kong, which is a non-profit education facility that offers an inquiry-based learning environment. 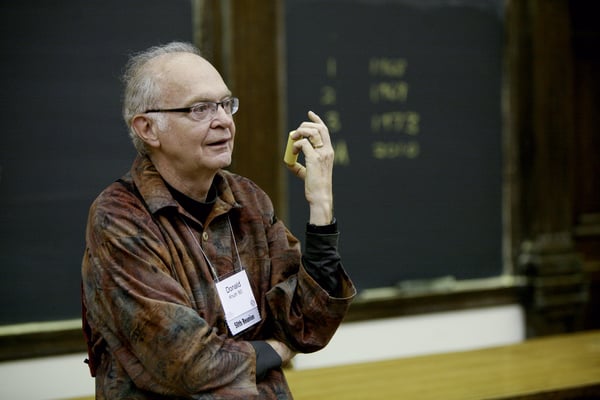 Knuth is known as the ‘father of the analysis of algorithms’ and for his multi-volume work ‘The Art of Computer Programming’. Praising the difficulty of Knuth’s book, Microsoft’s Bill Gates once suggested that computer programmers who can read the whole thing should send him a résumé. This mathematician and computer scientist has contributed significantly to several branches of theoretical computer science and also designed several systems that form the basis of modern computing.

In the 90s, while studying at university, Linus Torvalds started building a new operating system for his 33-MHz Intel PC. This seemingly inconsequential act was a key moment in computing history. The open source operating system he built was Linux, the platform integral to the modern internet and millions of smartphones in use today. Without Linux underpinning many of our most popular sites – like Facebook, Twitter, Google and Amazon – our experience of the internet would be entirely different. 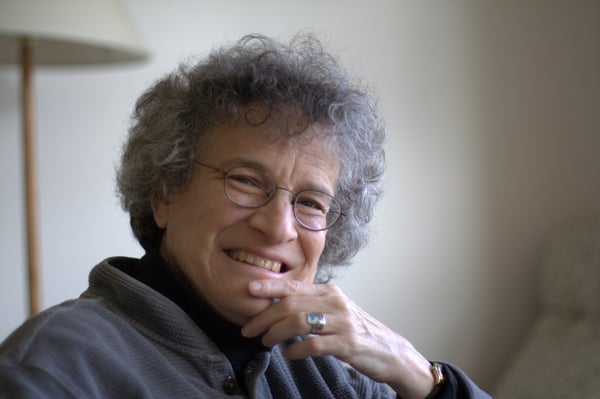 As well as developing innovative techniques for investigating galaxies, Geller made pioneering maps of the large-scale structures of the universe, which led to the discovery of the superstructure called the ‘Great Wall’. This multi award-winning astrophysicist is also co-discoverer of hypervelocity stars which may prove an important factor in understanding matter distribution in our galaxy. Geller is currently researching methods to map the distribution of dark matter in the universe, which could lead to some exciting new discoveries. 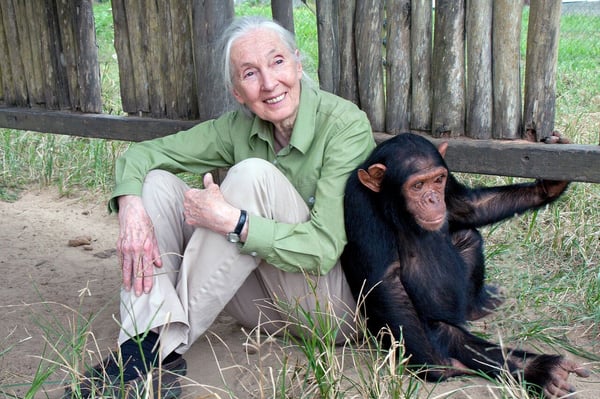 Her name is synonymous with chimpanzees and, through her work as a primatologist, ethologist and anthropologist, Goodall has had a huge effect on our understanding and acceptance of the natural world. Goodall studied the interactions of wild chimpanzees for over 40 years and has long stood as an advocate for chimpanzee welfare, the conservation of biodiversity and general stewardship of the Earth. She has been recognised many times over for her contributions to natural science and the environment, including her appointment as Dame Commander of the Most Excellent Order of the British Empire (DBE). 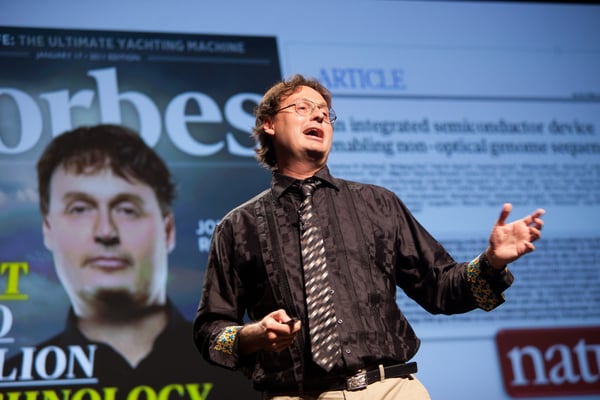 Rothberg’s work in making human genome sequencing fast and affordable has contributed towards more accurate, faster diagnoses and will likely lead to improved healthcare around the world. Rothberg developed a genome sequencer system built around a fiber-optic chip that could hold hundreds of thousands of DNA fragments, improving on previous tech that could only accommodate 384 fragments at a time. Since then, Rothberg founded Ion Torrent, a company that went on to release the Ion Proton system, which sequences an entire genome in a day for under £1000. 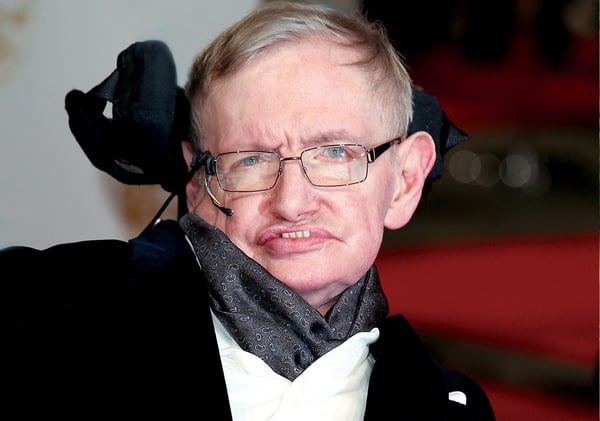 Possibly the most famous name on this list, the late Professor Hawking is widely known for his work as a theoretical physicist and cosmologist, and of course for his appearances on the TV show ‘The Simpsons’. A popular author, his published works have helped make advanced scientific thinking accessible and his book, ‘A Brief History of Time’, sits comfortably on the Sunday Times best-seller list. Hawking’s award-winning work has had a huge effect on our understanding of the universe and an early thesis made a seminal contribution to Big Bang cosmology. 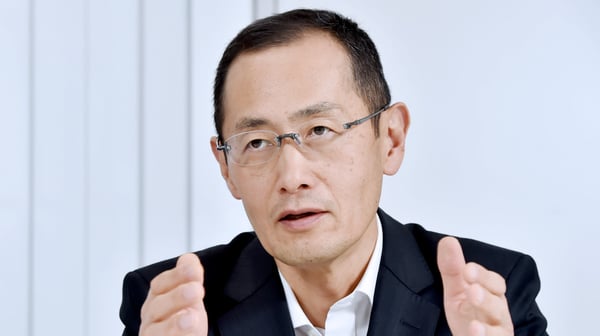 Yamanaka’s work as a physician and researcher has led to one of the biggest discoveries of our time. So big in fact, that Yamanaka and his colleague John Gurdon collected a Nobel Prize for it. This work showed that an intact, differentiated somatic cell from an adult could be reprogrammed to become pluripotent. In simple terms, this means that adult stem cells could be used in place of embryonic stem cells. This discovery blew open completely new lines of research which nullified the heated ethical debate surrounding previous stem cell research methods.

So, there’s my top ten! There are many, many more influential scientists that could have been on this list, people who are working hard and devoting their lives to furthering the knowledge we have at our disposal.

As humans, we are naturally curious and it’s often this curiosity that provokes great discoveries and new learnings. I look forward to seeing what our quest for knowledge brings to science over the next 20 years.